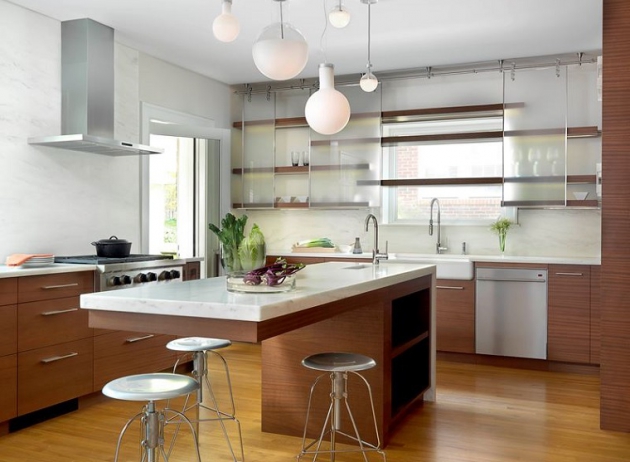 Sub-Zero Wolf is widely acknowledged as a manufacturer of some of the finest kitchen appliances in the luxury market. While the brand offers a wide selection of appliances, one area where the line was lacking was dishwashers. Fortunately, this is about to all change with the launch of the Cove dishwasher line that will be available later this year.

The Impact of Cove

The new Cove dishwasher line is one category that Sub-Zero has never touched. Considering that many Americans prefer to buy their kitchen appliances from the same brand in a matching set, the lack of a Sub-Zero dishwasher was immediately apparent. Sub-Zero is set to expand their Wisconsin factory to start producing the Cove line, giving the company a full line of its own branded luxury kitchen appliances built entirely in-house. This is a smart move for Sub-Zero and follows the path taken by Viking and Miele, both completing their kitchen line by adding dishwashers and ranges respectively.

Loading the dishwasher is a frequent argument in many households. This chore is perhaps the most contentious with everyone insisting that their way is the right way to properly load a dishwasher. According to Sub-Zero and Cove product marketing manager, Jeff Sweet, this was an inspiration in the development of the new Cove dishwasher line.

The Cove dishwasher line has been created with adjustable racks, so it can be loaded correctly by everyone. There are bright green coatings to mark areas of each rack that can be adjusted to accommodate dishes better. This means that a Cove dishwasher can easily accommodate those oversized platters or other oddly shaped items.

Mr. Sweet also highlighted that consumers typically choose their refrigerator or stove first and base the rest of their kitchen design around this one appliance. This means that despite the dishwasher being one of the hardest working appliances, it is simply tagging along. Sub-Zero wants to ensure that the Cove dishwasher line offers the same high-standard of design and attractive aesthetics of their other products, without compromising on performance.The Cove dishwasher offers over 200 wash cycles with three spray arms and 41 jets. Despite this, the Cove, which was named to convey a “tranquil bay of water” operates at an extremely quiet level. The company appreciates that quiet operation is an important feature for buyers and so the Cove will feature an “Extra Quiet” program that runs at slower speeds.

The Cove development team also understood that wine drinkers often struggle to choose a dishwasher. The Cove line was designed to put as many wine glasses as possible, as such,  the dishwasher will feature fold down shelves to hold fine stemware on both the top and bottom racks.

The developers also discovered that drying ability, or inability, was a major user gripe. So, the Cove line has been designed with a focus on angled tines and baskets to ensure that water will run off glassware and bowls.

Sub-Zero began the project almost 10 years ago, but the project was put on hold due to the recession. When the project resumed in 2012, the Cove design team discovered that features such as flexible racking and sound levels had become important features to consumers during the hiatus, so the design was changed.

So, while it may have taken a while to arrive, the Cove line is the only dishwasher with Sub-Zero in its DNA. Cove appliances are designed and engineered to adapt to your dishes, providing modes to ensure near silent operation and spotless results.

If you’re thinking about upgrading your dishwasher, you can explore your options with this online collection or speak to a home appliance expert for a specialized service.